This weekend during a trip to London to visit my friend H, we randomly decided to visit Highgate Cemetery. I had no idea who was buried there, I just thought it would be a historically interesting place to visit. So imagine my surprise at finding it was such a rich trove of literary history.

We went on a tour while we were there, which I’m really glad we did as it added lots of interesting details about Victorian superstitions and fashions as well as stories about colourful characters who are mostly now forgotten. Though of course there were sad stories as well. (The giant tomb built by Julius Beer, owner of The Observer, for his eight-year-old daughter is a heartbreaking symbol of grief.)

Writers buried at Highgate include Douglas Adams (which was probably the grave I was most moved to see), Beryl Bainbridge, George Eliot, John Galsworthy, Stella Gibbons, Radclyffe Hall, Christina Rossetti, Dante Gabriel Rossetti (who shares a grave not only with his sister but also with his wife Lizzy Siddell), Anthony Shaffer, plus Karl Marx might arguably be called a writer (along with his many other titles). There’s also Charles Dickens’ wife Catherine, Julian Barnes’ wife Pat Kavanagh and William Foyle, co-founder of the Foyles chain of bookshops. 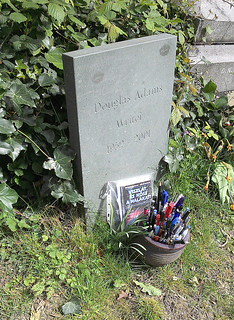 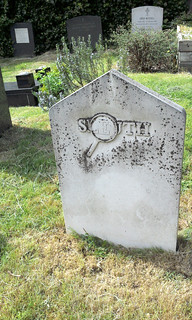 But of course even without the famous names, a cemetery is a rich trove of stories. Whether it’s just an interesting name, or a detail in an inscription, or a place and date of death, or two apparently unrelated people buried together, there are so many stories, real or that you can invent. Which is why I’ve always liked walking around cemeteries. 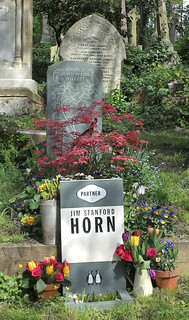 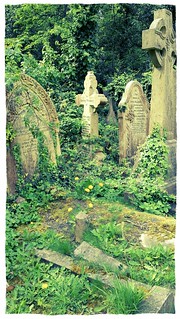