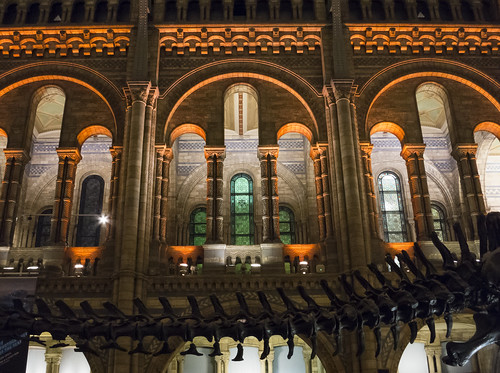 Here’s the NHM’s own summary:

Underwater Love with James Maclaine, Curator of Fish
Dive into the more intimate behaviours of aquatic life. From loving fathers to flashy displays in the deep dark sea, see what happens when things get really weird underwater.

Wasps and Bees with Gavin Broad, Senior Curator of Hymenoptera
Beneath bees’ dapper exteriors all sorts of bizarre behaviours lurk. Explore their explosive sex lives and incestuous inclinations, and find out how they nurture their offspring within the body of a caterpillar.

Big Passions in Little Creatures with Erica McAlister, Collections Manager
Learn about the ingenious mating rituals of the insect world. From drugging to stabbing, find out what is really happening in your garden, your home – and your bed.

All three talks included plenty of specimens from the museum’s priceless collections and were thoroughly entertaining. I was proud of myself for not totally freaking out when James Maclaine removed a large ugly deep-sea fish (I think it was an anglerfish) from a jar of alcohol to better show it to us. It had big razor-like teeth and looked seriously otherworldly. But it was the best way to demonstrate the difference in size between the male and female of the species – the one freaking me out and significantly too large to be held in one hand was the female; in a tiny separate jar, a barely visible smudge of brown was the male. And I really did like the seahorses and the CT scan of a fish too rare and valuable to cut open the one specimen they had. 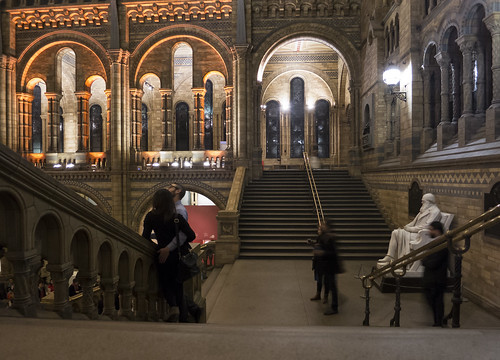 Again, Gavin Broad managed to freak out some members of the group by handing around a tray of the largest wasps in the world – the Japanese giant hornet – but this time I wasn’t among the freaked out. They were dead with pins in them, after all. (Yes, I know the anglerfish was dead too but have you seen one of those? Seriously, look them up.) He regaled us with the ingenious homes they build and some of the many different species there are before getting into the gross matter of where most wasp species lay their eggs. Nature gets weird way more often than you’d think.

The star lecturer for me was Erica McAlister (@flygirlNHM) who had us hooting with laughter as she tried to stay away from weird sex and on the attraction side of things – and blatantly failed at that as she finds fly sex so entertaining that she made us all really interested in it too. I can’t say it’s a subject I would have expected to enjoy, so she must be good. She oozed enthusiasm for her subject and when all the scientists brought their specimens down to the main hall at the end and we intended to speak with the three “passion” tour speakers, we largely found ourselves talking with McAlister again because she was so much fun. (We also discovered that she and Broad identify new species all the time, which is pretty cool. They claimed it was because they’ve chosen relatively easy subjects for that to happen, but I suspect it’s also the case that they are world-class scientists. I don’t know why that impressed me so much, but it did.) 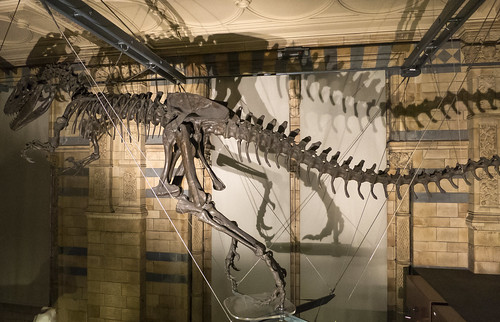 After the lectures, we had an hour to look around three galleries that had been opened up for us. Going around the dinosaurs exhibit, it struck me how many years it’s been since I last went in there because it’s always so immensely busy – the only part of the museum to have a queue indoors. So it was fab to share it with maybe 10 other people, lingering to take lots of photos in the low light and spending some time on the T-rex walkway ignoring the automatic voice telling us to keep walking.

It really was a great evening, so huge thanks to Tim for taking me. I thoroughly recommend looking out for future evening events at the NHM, but apparently next time we’re going to one of these at the Science Museum.