You may or may not have noticed a lack of updates on this blog lately. I have been on holiday for two weeks and only had time beforehand to schedule one post, so there’s been a big gap. But I have no regrets, as I had a fantastic time away.

We have been to visit my sister (and her family) in Charlotte, North Carolina and to the city of cities, New York. Both of which were awesome. We relaxed and did lots of stuff. We ate some great food, found hidden gems and were total tourists. One day back at work and I am ready to go back across the ocean already! 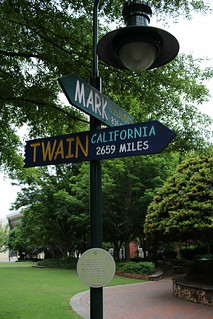 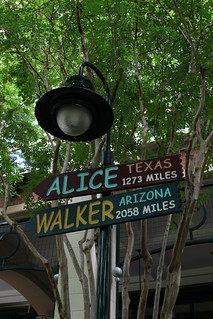 Reading-wise, I didn’t get through many books. In fact, just two of them, which is less than I’d usually read at home. So perhaps we were busier than I thought. Or maybe I got distracted by all those copies of the New York Times we bought! But the two books I did read were The Book of Strange New Things by Michel Faber (I’ll review this eventually but sneak preview: I loved it) and Heat Wave, the first spin-off novel from the Castle TV show (which I don’t intend to review so I’ll summarise here: great fun if you like the show but not great literature; definitely a good holiday read, especially as it was largely set in the part of New York where we were staying). 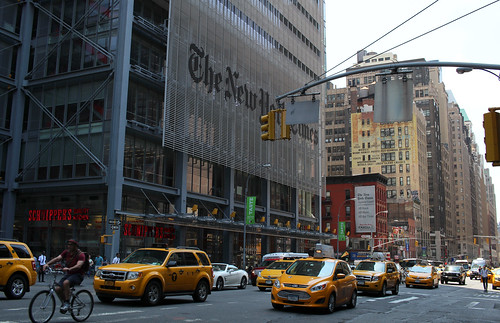 On other types of culture we did better. We visited the Bechtler Museum of Modern Art and the Mint Museum of Art and Design in Charlotte, and MoMA and the Guggenheim Museum in New York. We went to our first Broadway show (It’s Only a Play, starring Nathan Lane and Matthew Broderick) and my first baseball game. We found excellent comic shops Heroes Aren’t Hard to Find in Charlotte and Midtown Comics in New York. And of course we went to the Strand Bookstore, because 18 miles of books! So perhaps predictably, I bought significantly more books than I read. Ah well. Holidays are for breaking your own rules, right?

I’ve barely begun sorting through all the photos I took or finessing my holiday anecdotes (I saw the back of Helen Mirren’s head! One of our taxi drivers was so insane I tipped him out of pure fear! My two-year-old niece is adorable – okay, that one isn’t an anecdote really, but it is true.) I will blog more about my trip soon, but for now I’ll leave you with this misty view of Central Park: 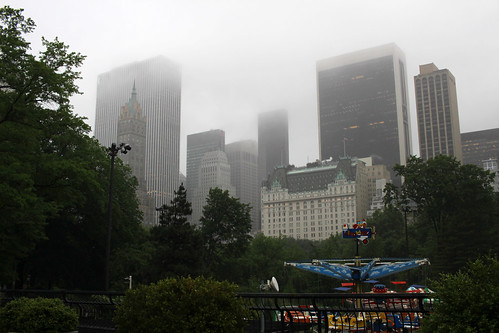