It’s been a bit busy of late. This weekend I’ve finally had a chance to relax after the crazy that was last weekend. We crammed a lot of stuff into too short a time, and my energy levels are showing it. So shockingly (or not) I still haven’t written any of those long-promised book reviews. I have, however, done lots of fun cultural stuff I thought I might share.

We kicked off with a gig here in Bristol. Local rock band Reef were playing what I thought was a reunion tour, but it turns out they’ve been back together since 2010 and I just hadn’t noticed before. Still, it was a great night. Tim and I relived the Reef gig we went to together about 12 years ago and wandered home late on a balmy spring evening. Spring is teasing us with its gradual arrival this year but I think it might just have got here now.

Next up we headed to London. We spent an afternoon at the Science Museum, mostly in the Cosmonauts exhibition (which ended last Sunday) but we also caught a couple of photography shows there. All were excellent, but especially Cosmonauts, which follows the Russian space story. 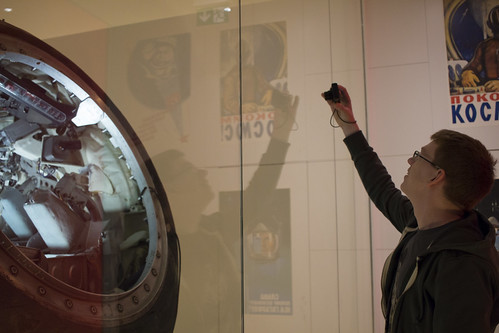 It opens with the intellectuals who dreamed of space, artists and writers who informed the science and technology that followed. Which is a perspective I appreciated for obvious reasons. I also like that it includes the space suit that Helen Sharman wore into space in 1991. First Brit in space, way back before that Tim Peake guy (who does also seem pretty cool, don’t get me wrong).

Do pubs count as culture? I mean, obviously yes they’re key to British life, but I’ll just quickly mention one excellent pub we were introduced to by a London friend: the Rake in Borough Market is a great find, a small venue crammed with interesting small-producer beers including plenty of those rich dark stouts that I’ve recently discovered a liking for.

We spent most of last Saturday at London Zoo, which I think is the first time Tim or I had ever been there. It’s much bigger than Bristol’s zoo and seems to do similarly excellent work with breeding and conservation. I haven’t had time yet to go through all the gazillion photos I took there, but I did pick out this snap I took of the bear that inspired Winnie the Pooh, or rather a statue of said bear. It’s important to embrace my literariness wherever I go! 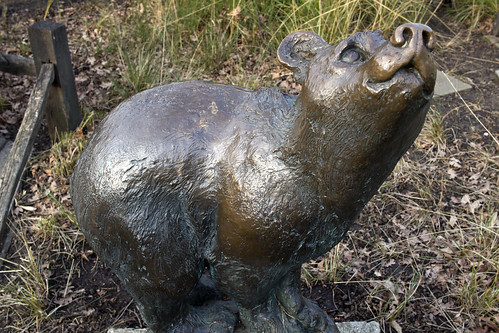 That night we went to see The Mousetrap at St Martin’s Theatre, which for those who don’t know is the world’s longest-running stage show, written by Agatha Christie and first performed in 1952, since when it has been playing continuously. It’s a classic country house murder mystery, very Christie, with all the expected character types and a few twists along the way. I thought the story was better than the acting, but I’m really glad I’ve seen it and been incorporated into the club of people who know whodunnit (there’s a longstanding tradition of keeping quiet on that subject but if you really want to know, the Wikipedia article reveals all).

Before we left the capital, we squeezed in a trip to the Tate Modern to see some paintings and wotnot, as well as some more photography. Performing for the Camera is an intriguing look at photography of performers and performance, including those where the photograph is the point of the performance, such as the classic Yves Klein work Leap into the Void. Well worth a visit if you’re in London before 12 June.

Finally, on Monday night I went to my friend Lizzie’s poetry book launch, which I have already written about. And so we’re up to this weekend, which I have mostly spent doing housework and watching series 2 of Daredevil on Netflix (excellent so far; better than season 1, not as good as Jessica Jones still). I have found time to finally finish reading the great doorstep of a book The Dark Side of Love by Rafik Schami, which is wonderful and might just spur me to actually write a book review in the next few days.

How was your week?