Back in May, Tim and I queued for two hours for tickets to see Massive Attack’s first concert in Bristol for 13 years. Yesterday, the big day finally dawned and it was wet and windy but excitement won out over cold and we headed up to the Downs. 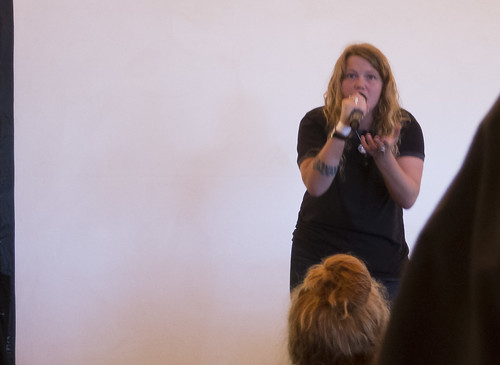 The concert had expanded from a handful of special guests into a small festival, with three stages packed with acts. The one I was most excited about, after Massive Attack themselves of course, was Kate Tempest. After seeing her on TV and in YouTube videos, I had the brief pleasure of experiencing her live last year and have been itching ever since to see more of her. Yesterday, I got my wish.

Tempest’s new album Let Them Eat Chaos is coming out soon, and she treated us to a spoken-word performance of it in full. It was incredible – a 45-minute story that is both small in detail and epic in scope. Tempest overflows with passion, fury and frustration, and ended the recital in tears. She wasn’t the only one. We already have tickets to see her again in December, but I don’t think that gig can possibly equal the intimacy and rawness of yesterday’s performance.

After refuelling we headed to the main stage to watch Primal Scream. I wouldn’t count myself a fan and their performance yesterday didn’t exactly persuade me otherwise, but for most of their set the rain held off and we finally dried off and got ourselves a good spot in the crowd ready for the headliners. When the rain did come back it coincided with the opening line of “Loaded” and the crowd finally started to dance and it was actually a pretty magical moment. 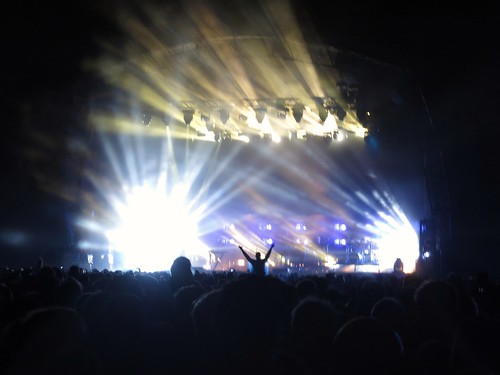 Thankfully, despite the rain that didn’t let up for the rest of the night, Massive Attack were non-stop brilliance. The backdrop was highly political but not devoid of jokes either – a collection of headlines included Friday’s Bristol Post story “Massive inconvenience” about complaints about yesterday’s event! The music was amazing, the light show looked if anything extra good in the rain, the atmosphere was warm and wonderful. The encore of “Unfinished sympathy” had a backdrop of the words “We are all in this together” over a series of black and white photos of refugees (a running theme throughout the festival) and it was seriously moving. I wouldn’t have missed it for the world.

Then we trudged home in the rain and were soaked through to the skin. My supposedly waterproof phone got so wet that it won’t charge or start up despite multiple attempts to dry it with my hairdryer. It’s been sat in a box of rice for most of today. I’m hopeful that it’s not irreparable. But even if it is, yesterday was worth it. I feel like I was a part of something big and unforgettable.