Then early Saturday morning we headed off on the road with friends to Bletchley Park – home of World War Two codebreaking and the birthplace of the world’s first programmable electronic computer. It’s an amazing place, packed with fascinating historical stuff that’s still being unearthed, as the official documents only started to become public in the 1990s. 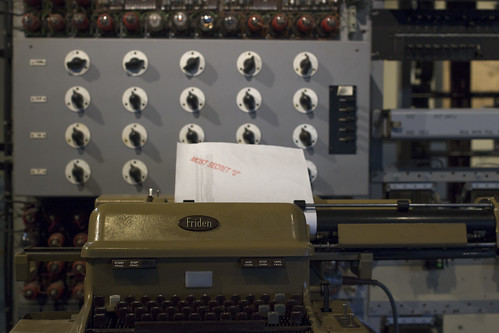 Over the past 20 years, working reconstructions have been made of the Bombe – the codebreaking machines built by Alan Turing and Gordon Welchman to help decipher Enigma messages – and Colossus, the electronic computer built by Tommy Flowers to help decipher Lorenz messages (all originals of both machines were dismantled after the war and remained top secret for decades). It took a bit of effort – and help from multiple friends – for me to understand even the basics of how they worked, but it was still inspiring to experience.

There’s quite a lot of stuff about daily life at Bletchley Park in the war, from the different jobs people held, to the leisure activities provided, to the cover stories that were told to keep “Station X”’s real purpose secret. You can have a go at some of the basics of codebreaking, which I really enjoyed. (I’ve always liked puzzles. The one kind I’ve never really got into is cryptic crosswords, which are always depicted as the smart person’s puzzle, but I figure I can learn to do those in time.) 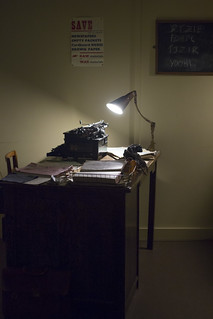 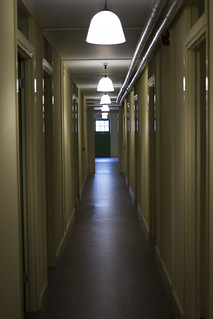 Bletchley Park is also home to the National Radio Centre (within the main museum) and the National Museum of Computing (a separate museum next door), which are beacons for geeks like us, but also do excellent work in education. In fact, the computing museum held a constant stream of workshops in subjects including Raspberry Pi, Python, Scratch and Morse code. Both museums were largely run by volunteers who were keen to talk and had fascinating stories to share.

The main museum giftshop is about three-quarters full of books, which was awesome but also a little overwhelming. In fact, I ended up only buying one: Alice in ID25, which is a retelling of Alice in Wonderland that original Bletchley Park employees wrote as a short play (though my friends bought various other books that I might just borrow). I’d like to do a little research to find out which of the many Bletchley Park memoirs and biographies are the best written. If you’ve read any, please do tell me what you think.

I highly recommend a Bletchley Park visit. We were there for two days and didn’t manage to see everything so will almost certainly be back before our annual passes expire.

If you’re interested, this weekend I am mostly drinking coffee, writing blog posts and reading while Tim rebuilds one of our computers.

How’s your week been?