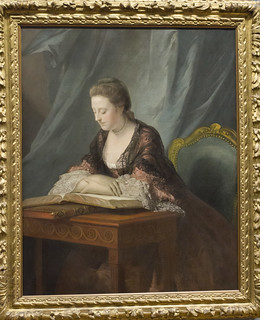 Summer arrived! And it was glorious. It probably did my physical health no good, but mentally I was definitely smiling from ear to ear every sunny evening. I do love a sunny evening. I’d take rainy mornings anytime if I could have those long, warm evenings.

Anyway, this month I finally ran my 10k race. It was really hard (turns out I should have tried to train with my brother at some point rather than discovering on the day that he runs just a little bit faster than me – I kept up for 6k and felt like I might die, but then I slowed down and actually made it to the end without walking and with a PB time) but I’m really pleased with my personal achievement and with having been able to raise a decent amount of money for charity.

We took advantage of the bank holidays and nice weather to have some weekend fun. We went to Tyntesfield, a National Trust property just outside Bristol with nice gardens and remarkably tame cows. We spent a long weekend in Liverpool noodling around museums and art galleries, and concluded that there is too much there to see and do in just one weekend. We went to Cardiff for the Diffusion photography festival, which included some really impressive stuff. And we spent lots of time hanging out around Bristol harbour, particularly the redeveloped Gaol Ferry Steps, which is such a nice place to be.

Despite being so busy, I also managed to pick it up a bit on the reading front. Quite the variety in topic and quality.

Thin Air by Michelle Paver
I was quite pleased when this was picked for my book club. It’s a ghost story set on a mountain in the Himalaya in the 1930s, where the ghost may or may not be explained away by the narrator’s mountain sickness. And it did tick all those boxes, but not quite as well as the author’s previous book Dark Matter.

Devour by L A Larkin
I was sent this thriller by a publisher and was initially attracted by the Antarctic opening, the easy-reading style and the super-capable heroine – investigative journalist Olivia. But the writing was pretty bad and I only finished it because it took zero brain to read.

Me and You by Niccolò Ammaniti
I got halfway through writing my review of this book and then read four more books, which is never a sensible thing to do. I will finish the review soon because it’s a book that deserves to be better known. One morning, 14-year-old Lorenzo packs for a skiing holiday with friends. He says goodbye to his family and then proceeds to hide in a rarely used cellar in the basement of his family’s apartment building. For a week. It’s a funny, thoughtful, touching and shocking novella.

House of Names by Colm Tóibín
This is a retelling of the Greek myth of Clytemnestra. Tóibín has not moved the setting in place or time, but keeps it firmly in Ancient Greece. It’s a melodrama with murder, magic and much more. It took me a while to get into, but when I did, I loved it.

Finding George Orwell in Burma by Emma Larkin
I took a while over reading this memoir of the year Larkin spent in Myanmar in the early 21st century. It’s a combination of political and social journalism about modern Myanmar, and the process of digging up biographical details on George Orwell’s years spent in Burma as a military policeman. It’s well written, and admirably researched, but I wasn’t gripped by it.

A Little Knowledge by Emma Newman
Now this, on the other hand, thoroughly gripped me. It’s book 4 of the Split Worlds fantasy series, which began in 2013. I have loved all four books, but in this one I started to see more clearly how Newman’s world of the fae could be seen as a metaphor for some stuff in the real world. I continue to love main character Cathy, who is thwarted at every turn in her attempts to shake up and modernise her world. And the gargoyle is still very sweet. Intrigued? Check out book 1!

Letters From Klara by Tove Jansson
This was the penultimate collection of short stories published by Jansson in Finland, but they have taken 26 years to be published in an English translation. They’re brilliant – light, sweet and funny one minute, dark and deep the next. I’m reviewing this for Shiny New Books, so keep an eye out over there for my review in a few weeks.