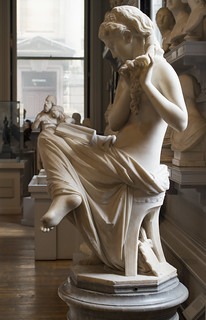 July was a quieter month than June was or than August promises to be. Which meant I finally got to spend a few lazy days reading for hours on end, which I often miss out on in the summer. I think our next free weekend is in September, and no doubt that will get booked up soon!

One thing we did do in July was go to see Raghu Dixit live. Tim and I were complete newbies but a friend had persuaded us to join her and I’m so glad she did. He and his band are hugely talented and super upbeat. It was a really good time, and an interesting experience being at a gig where I didn’t understand the lyrics to any of the songs (well, except one line in one song that was in English). But we did still have a stab at singing along when Dixit encouraged us to.

A Week’s Holiday in the Forest of Dean by John Bellows
This was a present from my Dad, and it might at first glance appear to be a joke gift but it’s actually a sign of my Dad knowing me really well. It’s a reproduction of a Victorian travel guide to the place where I grew up (and where my parents still live). The tone is dry and there are lists of facts such as hill elevations and coal pit yields, but I really enjoyed figuring out what has changed and what is still the same. Bellows is clearly entranced and I can’t help but agree with his taste!

Scary Godmother: Ghoul’s Out for Summer by Jill Thompson
In this indie comic we learn how Scary Godmother went to magic school and learned to be both a witch and a fairy godmother. She and her friends are all going their separate ways for the summer, but of course they all get into various scrapes and need to help each other out. These are fun characters with a Halloween theme.

Those Who Leave and Those Who Stay by Elena Ferrante
In this third instalment of the Neapolitan novels, Elena and Lila navigate motherhood and the question of love versus marriage. They’re living in separate cities, communicating mostly by phone, but they still consider each other vital. I feel like politics came more to the fore in this novel than the previous ones, but it’s mostly about different ways of escaping poverty. Ferrante’s writing is excellent as ever.

Finder, Vol.1: Sin-Eater, part 1 by Carla Speed-McNeil
This is a graphic novel about Jaeger, an aboriginal detective of sorts, in a future city where humans, aliens and hybrid species live uneasily side by side. It’s an original, intelligent story but it’s also pretty complicated, relying on endnotes to elucidate many details.

Finder, Vol.2: Sin-Eater, part 2 by Carla Speed-McNeil
The story of Jaeger, his girlfriend Emma and her three children is wrapped up, but not before it all gets much more complicated. Speed-McNeil’s art is beautiful and the ideas fantastical, sometimes startling. I enjoyed this a fair bit more than volume 1 and it even made me consider going back to the start again.

A Russian Affair by Anton Chekhov
A slim collection of five short stories that are all in theory about love, but for the most part are more about social expectations leading to missed opportunities, or frankly unpleasant young men deciding they can do better. This did not sell me on Chekhov.

I’ll Sell You a Dog by Juan Pablo Villalobos
A really fun farce about an old man living in a block of flats reserved for retirees in Mexico City. Teo enjoys standing apart from the other residents, refusing to join their daily book group and accusing them of snobbery about his having been a taco seller all his life. He’s a drunk and also suffers from dementia, so it’s hard to know whether to believe him. A really smart book.

The Other Boleyn Girl by Philippa Gregory
This is a big book with small handwriting that somehow covers an eventful 20 years of British history without really elucidating anything. It’s a very compelling read, and for a long while I enjoyed the attempt to get under the skin of Anne Boleyn and her younger sister Mary Boleyn, who both vied for the attention of King Henry VIII while he was despairing that his first wife had grown too old to give him a son. But there was a turning point when it all got a bit nasty, and I realised major events had passed by without mention. This is the problem with having studied the Tudors so many times at school!