(I’m cheating a bit and backdating this post to 31 December 2017 so that I can find it in future when I look for it.) 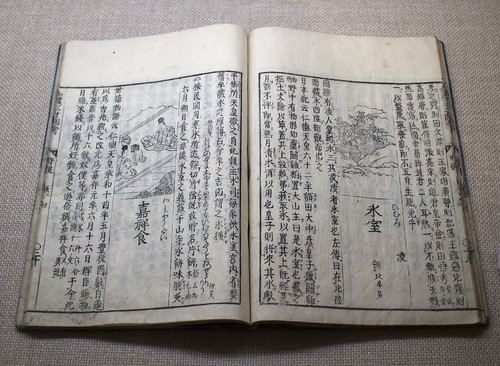 We were mid-dream holiday at the end of December, so I didn’t summarise my end-of-year reading at the time. But I read some great books in December so I’m going to dredge my memory for my thoughts on each of them below.

Also, I’ve already picked my top books of the year, but I love to dissect my annual reading stats, so here goes: I read 78 books in 2017, starting with The Girl With All the Gifts by M R Carey and finishing with The Trouble with Goats and Sheep by Joanna Cannon – which were both pretty good. Of those books, 35 were by men, 42 by women, and one by multiple authors of both genders. 12 were works in translation, which just about hit my target of one per month, though I’d still like to do better. Similarly, I read 8 books from my Classics Club list, which isn’t quite on target so I’m going to have to pick up the rate for the next two years.

A Tale for the Time Being by Ruth Ozeki
In case it wasn’t clear from my glowing review and the fact that I included this in my books of the year, I loved this novel. It’s the story of Naoko, a Japanese 16-year-old girl who has struggled with bullying and a suicidal father, and is now starting a diary so that she can share the story of her Buddhist nun great-grandmother. It’s also the story of Ruth, a novelist on the other side of the Pacific Ocean in Canada, who finds Naoko’s diary washed up on a beach. It’s a strange story, but both narrators are hugely beguiling.

Jessica Jones, Vol. 2: The Secrets of Maria Hill by Brian Michael Bendis (writer) and Michael Gaydos (artist)
I love the character of Jessica Jones and this series is the one reason I’m sad to hear that Brian Michael Bendis is leaving Marvel. It’s hard to say much about volume 2 without spoiling the storyline of volume 1, but I continue to thoroughly enjoy it. This book reveals a lot about Maria Hill, who before now has been largely mysterious. And it includes a truly terrifying set-up for volume 3.

Snow Country by Yasunari Kawabata
This is a classic novel about a man, Shimamura, who travels from Tokyo to a small hot spring town in the mountains in December. There he meets a geisha with whom he has a relationship, and Kawabata dissects their unequal relationship. It’s a short book filled with beautiful descriptions of people, scenery and everyday life.

By the Pricking of My Thumbs by Agatha Christie
I bought this book in Devon last year in a fit of nostalgia for my teens when I would read a dozen Agatha Christies back-to-back. Well, either my taste has changed significantly or I chose badly. This is one of the Tommy and Tuppence series, which I had not read before (Poirot was always my favourite) and I found it – them – unbearably twee. There was no darkness, no suspense and the crime plot started far too late in the book.

The Trouble With Goats and Sheep by Joanna Cannon
It’s the summer of 1976, when a heatwave struck England that has become legendary. In an ordinary cul-de-sac, 10-year-old Grace is trying to solve the mystery of where her neighbour, Mrs Creasy, has disappeared to. Through her naive investigations with her best friend Tilly, she uncovers secrets and lies, prejudices and assumptions. There is darkness and humour, palpable discomfort in the heat and some truly sweet, beautiful details. If only I hadn’t been reading this book on my phone I think I would have loved it.