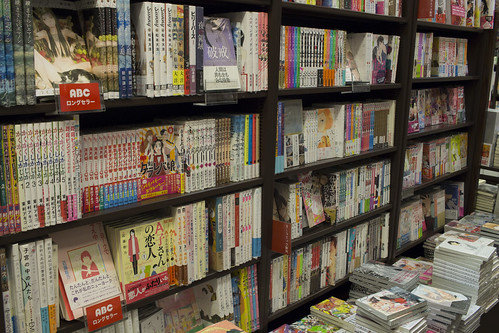 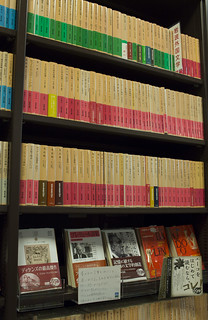 Still, I loved that there were so many book shops, and continued to pop into them whenever time allowed. In Akihabara there’s even a 10-storey book shop, the Shosen Book Tower, but sadly they had posters up explaining they did not sell English-language books. And fair enough; in a city of 38 million Japanese people, why would you?

The one place I found English-language books was Tower Records, which dedicates a floor to books and posters, of which a small section is modern fiction in English. But for some reason I was feeling picky that day and wasn’t interested in the same old books I could buy at any WHSmiths back home. I wanted to find something authentically Japanese. At the very least, a Haruki Murakami I didn’t already own. The closest they had was the latest Kazuo Ishiguro. I love Ishiguro, and yes he was born in Japan, but he’s British and he writes in English, so it didn’t seem especially Japanese. (When I hadn’t found any other English-language books a week later I did regret a little bit not buying that book, though.) 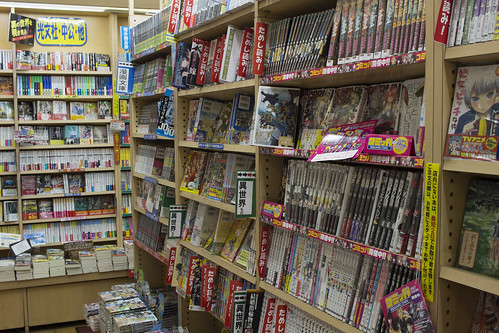 In the end, I read two books on my Kindle/phone in two weeks, which goes to show that reading on a five-inch backlit screen is a rubbish experience. But I did buy two books in Tokyo Narita airport and read them both on the way home. Paper for the win. And they were manga, so super Japanese!

(I will attempt to write brief reviews of my holiday reads once I have figured out how to view my notes and highlights in the Kindle app.)