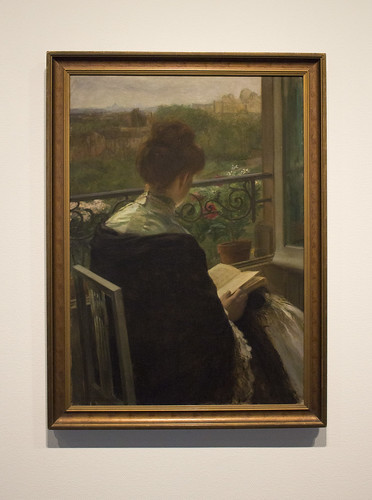 I am so behind on blogging. Isn’t January meant to be a down month, with plenty of free time sat at home? I think we’ve been avoiding post-holiday blues by doing lots of stuff – pub quizzes, film nights, weekend outings (even in the rain), plus lots of catching up with friends and family we didn’t see over Christmas and New Year. I even went to see The Dark Side of the Moon as a visual show at Bristol Planetarium. That was pretty awesome (and also made me feel a little queasy – the mind can play funny tricks when you’re sat still).

I have also done a fair amount of reading – more than the list below might suggest, because three weeks ago I embarked on Anna Karenina, which in the Oxford Classics edition I’m reading is 822 pages (not counting the introduction). I’m halfway through and really enjoying it. Definitely not a slog like Dostoevsky was for me, at least to begin with.

Even though January included the second half of our awesome Japan holiday, and my birthday, I’m still a little bit glad it’s over and spring is edging closer. I’ll be glad to wake up in the light again, especially if I’m going to force myself to run more often in preparation for doing the Bristol 10k again in May.

Thousand Cranes by Yasunari Kawabata
While I was in Japan I wanted to read a Japanese classic. Before the holiday I had really enjoyed Kawabata’s other famous title Snow Country. Thousand Cranes is not as strong on setting, but better at exploring its main character’s thoughts and feelings. After the death of his parents, young man Kikuji attends a tea ceremony at the home of his father’s former mistress Chikako. She has invited a young woman, “the Inamura girl” wearing a robe decorated with a thousand cranes, as a marriage prospect for Kikuji. But the arrangement is spoiled by the appearance of another mistress of his father’s, Mrs Ota, and her daughter. Through a series of meetings, Kikuji questions his feelings about his father, the two former mistresses and the two younger women. It’s simply written, subtle and fascinating.

Your Name, vol.1 by Makoto Shinkai (story) and Ranmaru Kotone (art)
This is one of two manga books I bought and read on our journey home. It’s the strange story of a girl in a remote mountain village and a boy in Tokyo who body swap in their dreams. But they really do take over each other’s body for a day each time. Initially this causes much hilarity, from not knowing where to go to school to not knowing how to behave with a body of the opposite gender. There are some subtle things to learn, such as how to address each other’s family and friends, and some major things, such as how a city boy can act the part of a shrine maid and how a rural girl can successfully bus tables in a busy Tokyo restaurant. It’s a really sweet story that’s very enlightening about everyday life in Japan and I wish I had picked up volume two at the same time.

Bakuman, vol. 1 by Tsugumi Ohba and Takeshi Obata
This is another manga, and a bit of an oddity. It’s about two teenage boys who decide to become great manga creators and go about it completely seriously. Quiet Moritaka is a good artist, but his uncle was a famous – and ultimately unsuccessful – manga artist so he is reluctant to take on the challenge. Outgoing Akito is a good writer but knows nothing about how manga is made, only that if he chooses the right artist that they be great together. He takes advantage of Moritaka’s crush on a girl in their school to persuade him that success in manga will make him worthy of the girl’s love. This was informative about how manga is made but hugely sexist. Both boys make sweeping statements about how girls should not try too hard at school, but instead perfect more “womanly” arts, which frankly made me pretty mad.

The Yellow Wallpaper and other stories by Charlotte Perkins-Gilman
I really enjoyed this short-story collection and am astounded that it was written in the 1890s, as most of it felt much more modern. Every story has a complex, capable woman at its centre, facing some sort of challenge and overcoming it. The title story is the most famous and the most psychologically complex, but I enjoyed all of it. I hope there is more by Perkins-Gilman for me to discover.