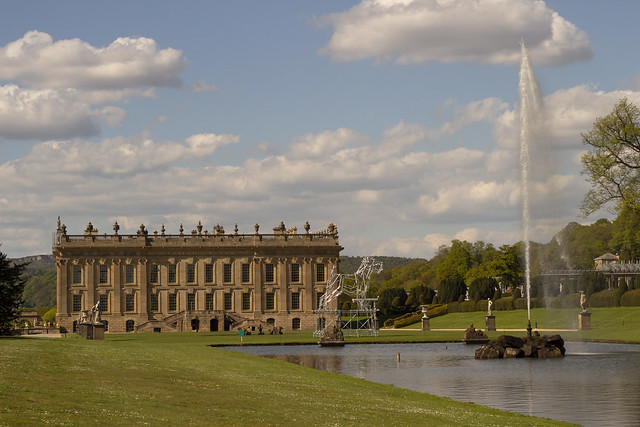 I think it might be summer. How did that suddenly happen? Lovely long evenings, feeling torn between enjoying the sun and avoiding too much of it – it’s that time of year again.

This month, we went to Bristol Old Vic to see The Remains of the Day, in an excellent production that I think might have moved me more than the book did. We also started rewatching The Sopranos to remind ourselves what truly excellent, well-written and beautifully filmed TV looks like.

We also had a really fun long weekend in the Peak District. We did archery, cycled across the moor, rode a cable car, explored caves and went to Chatsworth House, which is a pretty amazing place. They sadly seemed to downplay the Mitford sisters connection, but there was a lot of impressive art and beautiful grounds to explore.

How was your May?

The Memoirs of Moominpappa by Tove Jansson
The Moomins continue to delight me. This is Moominpappa’s memoirs, as set down during a bout of illness after he tries to tell tales of his youthful adventures but finds that his throat is too sore to make himself heard. Thus the majority of the book is written in Moominpappa’s voice, with all the pomposity and exaggeration you might expect of him. It’s a lot of fun.

Apothecary Melchior and the Mystery at St Olaf’s Church by Indrek Hargla
This is a murder mystery set in 15th-century Tallinn with pirates, monks and holy knights. The magistrate asks his friend, the town apothecary, to help with the investigation. Melchior is infuriating but smart and intuitive. It’s as much historical fiction as crime, but enjoyable either way.

Angela: Asgard’s Assassin: Priceless by Kieron Gillen and Marguerite Bennett (story), Phil Jimenez and Stephanie Hans (art)
This six-issue arc tells the story of how Angela, the secret daughter of Odin who was raised as an enemy of Asgard in Heven, reacts to the news of her true parentage – she steals Odin and Freya’s newborn baby and runs away with her girlfriend Sera. What are Angela’s motives? Has she picked a side? Will Sera support this crime unquestioningly? I read issue one of this a few years back and was put off by the serious tone and fake-ye-olde language, but this time I got into it and thoroughly enjoyed it. When the Guardians of the Galaxy turn up there’s a welcome humour injection.

1602: Witch Hunter Angela by Marguerite Bennett (story) and Stephanie Hans (art)
Part of the Marvel universe set in the year 1602, which started with Neil Gaiman back in 2003. This four-issue arc stars Angela as a holy nun who hunts witches with her companion Lady Serah. They learn that in addition to Witchbreeds there are Faustians, who have made deals with demons. The story is a whirlwind of historical references, literary references and Marvel characters with slightly disguised names. I liked this so much. Angela and Serah are awesome.

Blitz Writing by Inez Holden
This combines two short works by early 20th-century writer Holden – the novella Night Shift and her war-time diaries previously published as It Was Different at the Time. Together, they are a record of life in London during the Blitz the like of which I have never read before. Night Shift is about workers at a London factory making camera parts for war planes during a week in the middle of the Blitz. They are mostly women, mostly working class and are just getting on with daily (or rather, nightly) life. The war is almost in the background but at the same time it’s ever-present. The diaries show even more clearly how the horrors of war became matter-of-fact. Really interesting and definitely worth seeking out.