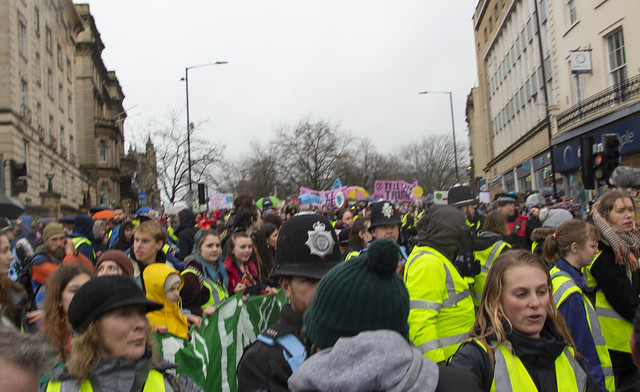 Today, Greta Thunberg came to Bristol to lead the Youth Strike 4 Climate (which has been held monthly for almost a year in Bristol now). I went along to College Green to hear the speeches and join the first part of the march and it was amazing. So inspirational and hopeful.

In the non-stop rain, I did my best to take some photos and scribble down some quotes, though I realised later I had a better time during the bits where I just stood back as part of the crowd (estimated at 30,000 people). It was all very friendly and supportive (unless you got too close to the national press jostling for the best photo of Thunberg).

Bristol-based climate activist Mya Rose-Craig spoke passionately about how the approach to the climate crisis must be global, and in particular must not make life better for the West at the cost of less advantaged parts of the world. As she says, “The solution to climate change cannot rely on the exploitation of human beings.” 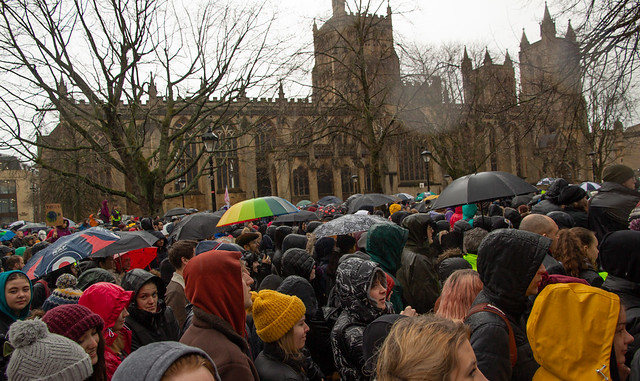 “Katie Climate”, one of the founding members of Bristol Youth Strike 4 Climate, made the point that she will be turning 18 in a few weeks’ time, so she will be voting for the next Bristol mayor on 7 May, as will many of the young people who are part of this movement. They will be waiting eagerly to see which mayoral candidate publishes a plan for how to achieve a carbon-neutral Bristol by 2030 – which the city council announced as a goal last year but has not yet acted on. She ended her rousing speech with “Never feel that you are too small or too young to make a difference.”

The final speaker was of course Greta Thunberg. Her now-familiar voice rang out across College Green, pausing often for applause and cheers. “There will be a time when we look back and ask ourselves what we did now. This is an emergency,” she challenged us. She went on to defend her movement, “I will not stand aside and watch. I will not be silent.” As many news outlets picked up, she proclaimed “We will have to be the adults in the room,” before concluding with the more hopeful point “If enough people are pushing for change then change will come. And we are those people.” 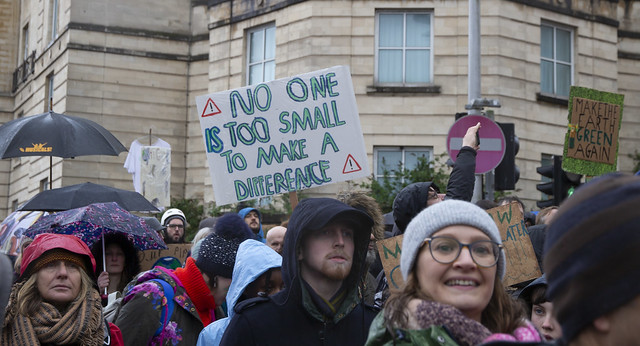 Fired up, the massive crowd slowly shifted from the rally to the march. Despite heavy police guard around Thunberg, the overall atmosphere was fun, friendly and hopeful. I am so glad I went along and that so many people I know either joined the march or went to see it and cheer in support.