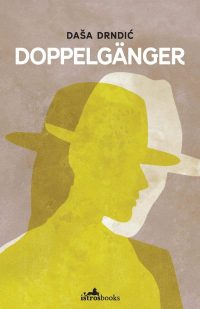 This was my Croatia choice for the EU Reading Challenge. It’s a novella formed of two stories linked by major themes and minor details. There were nice moments but overall I didn’t love this.

In the first story “Artur and Isabella” the eponymous heroes are old and think their days of romance are behind them, until they meet. Drndić doesn’t skimp on the grotesque aspects of ageing, to the point of making me quite uncomfortable. The third person narrative alternates with brief police reports on the two lead characters, the reason for which becomes clear at the end. There’s also a tendency to include lists, which in a longer story can provide nice change of pace, but in something so short it was disruptive. I’m pretty sure this is meant to be a sad tale but I wasn’t at all emotionally involved.

“Beneath the window – commotion. The panes quiver, the windows of his living room. They’re quivering, like jelly, quivering like a small bird. The glass trembles…He places the palm of his hand on the glass. To check what is actually trembling: whether it’s a little or a lot, whether it’s trembling gently or violently…or might it be him that’s trembling?”

The second story “Pupi” is about a man called Printz. Again he is old, reflecting on life and love, but his story is longer and sadder than the first one. Printz spends his days wandering the Belgrade Zoo talking to strangers. He likes to share facts he learned from his encyclopaedia. He is probably autistic, though this term is never used. Some people in his life go out of their way to help him, others take advantage of him.

If it weren’t for Printz’s obsession with suicide – and the famous people who died of it – I think I would really like this second story. But I find suicide difficult to read about, and I am tired of fiction where a character lists different methods of suicide. Maybe it’s bad luck, but I seem to come across it all the time and it ruins the read for me. So I guess this comes with a major content warning.

“It is the winter of 1950…Grandpa and Grandma come from another city, also large, also old, also a capital. In the shared country there are several main cities but one mainest…Grandpa sells one of his houses: Grandpa is a businessman and he has more than enough houses and shops…It’s better not to have a lot of houses, whisper the family round the engraved table, they’ll get taken from you in any case.”

If that doesn’t put you off, then there is a lot to admire in “Pupi”. Its length means there is more to the Belgrade setting and Printz is a fuller character than either Artur or Isabella. I was completely drawn into his tale and deeply upset by it as a result.