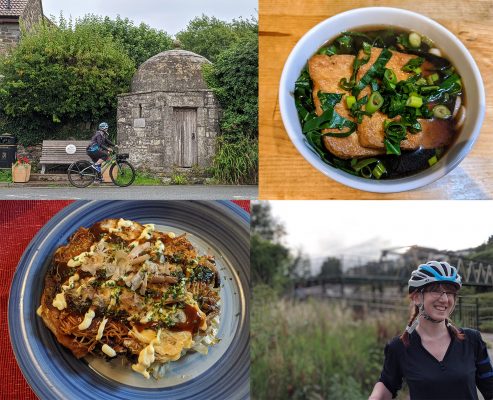 July was a decent month for reading but not for writing reviews. I am so behind on that. Health-wise I’m feeling the benefit of weekly long bike rides, which is a habit I hope to keep up. We’ve been doing a lot of cookery experimentation, including lots of Japanese and Korean recipes.

But most of all we’ve been watching films. A lot of them. Highlights include But I’m a Cheerleader, Fighting With My Family, The Farewell and BlacKkKlansman. All of which are excellent. I was surprised to find that The Farewell wasn’t a weepie for me, but I did cry a lot at the end of 12 Years A Slave. And the end of BlacKkKlansman for that matter. I have the book of 12 Years A Slave so at some point I will find out how close the film is to the truth.

The Underground Railroad by Colson Whitehead
Not that I ever doubted the hype, but this book is excellent. It depicts many details of the awfulness of slavery while also being a highly readable adventure narrative. I will write a proper review of this because there’s a lot to say.

Black History in Its Own Words by Ron Wimberly
This is a book of short quotes from prominent Black Americans, illustrated by cartoonist Wimberly specifically for Black History Month. While I liked the idea and the illustrations, I found some of the choices of quote a little strange. I bought this as part of the Be The Change Humble Bundle, a collection of digital books and comics by and about people of colour.

Josie and the Pussycats Vol 1 by Marguerite Bennett, Cameron DeOrdio and Audrey Mok
My favourite film ever is the 2001 Josie and the Pussycats starring Rachel Leigh Cook, Rosario Dawson and Tara Reid. I even know the DVD extras well. For years I have been meaning to read the Archie comics on which the film is based, and thanks to Humble Bundle I finally have a few volumes of the series from when it relaunched in 2016. It’s really fun. There’s crime fighting, romance, music and general kickassery.

Measuring the World by Daniel Kehlmann
This is the fictionalised story of two real German scientists whose lives and work intersected, despite their very different backgrounds and temperaments. Carl Friedrich Gauss and Alexander von Humboldt are unlikely stars for a comedy, but Kehlmann’s style leans towards the comedic. That said, this in some ways a very sad book, and an interesting perspective on the big European push for colonisation.

Josie and the Pussycats Vol 2 by Marguerite Bennett, Cameron DeOrdio and Audrey Mok
This didn’t meet the high standard established by volume one. The storylines felt a bit random and there was less time invested in character, but it was still funny and I like that it’s a comic series mostly about female friendship.