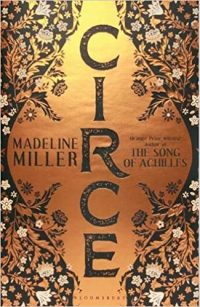 After I loved Miller’s previous novel The Song of Achilles, I bought Circe the week it was released. And then it sat on my TBR for two years until my work book group selected it. This is another gorgeous triumph of a book, magical in every sense. It tells the story of Circe from Greek myth, the enchantress who pops up in Odyssey, Aeneid, Metamorphoses and other classic texts. The details about her vary, giving Miller room not only to link together all these disparate tales into one, but also licence to add her own spin. Why did she change men into animals? Miller’s explanation is convincing.

Her Circe is immortal and yet completely relatable. She has a miserable childhood, convinced by everyone around her that she has no beauty, no power, nothing of remark or interest. She discovers her magic at the same time she discovers that humans consider her a great beauty – two discoveries that lead to pain but also independence, albeit an independence that must be forged while imprisoned on a magical island.

“That is what exile meant: no-one was coming, no-one ever would. There was fear in that knowledge, but after my long night of terrors it felt small and inconsequential. The worst of my cowardice had been sweated out. In its place was a giddy spark. I will not be like a bird bred in a cage, I thought, too dull to fly even when the door stands open. I stepped into the woods and my life began.”

I loved meeting characters I knew a little of from other sources – including Daedalus and Penelope – in this new story. And I loved Miller’s explanations of why the gods are so cruel in all the stories, how she uses the endlessness and sheltered nature of their existence to give context to their terrible acts. 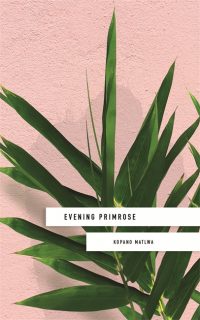 In this South African novella, junior doctor Masechaba was already dealing with racism and sexism in the workplace, working long hours in an underfunded hospital full of people suffering from the results of poverty, plus the loss of her beloved brother. Then she befriends a fellow doctor from Zimbabwe and her eyes are opened to the xenophobia that is rife and begins to become politicised.

Masechaba is introduced via her childhood experience of chronic endometriosis, a condition that limited her interaction with the wider world. Matlwa’s descriptions of the pain and severe bleeding are vivid, and I realised I have never read a character with this condition before, despite it being fairly common. I liked the matter-of-fact way it was described, and learning about the practical adjustments Masechaba had to make to her daily life to accommodate it.

“Patients die all the time. Nobody expects you to save all of them all the time. We do what we can…This is the mantra I sing to myself…Sometimes you leave with packets of donor blood in your pockets that you forgot to drop off at the emergency department. Sometimes you accept a lift home, forgetting that you had driven in that morning. You learn a lot in the dead of the night: that if you cry while you are peeing, and hang your head between your legs, the tears collect in your eyelashes, so that when you walk back into the ward, there are no lines down your face but stars before your eyes.”

However, from around the mid-point this becomes a much tougher read. Even at 150 pages I found my attention flagging. But I still think it’s a great book and would be interested to read more from Matlwa. 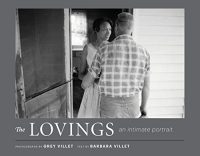 The Lovings: an Intimate Portrait by Grey Villet and Barbara Villet

In 1965, when Mildred and Richard Loving were in the midst of their court battle to not be imprisoned by the state of Virginia for being in an inter-racial marriage, Life photographer Grey Villet took a series of portraits of them and their everyday life. Some of the photos were published at the time as a series of photo essays.

For this first ever release of the complete set of photos, Grey’s wife Barbara has written the text (as she often did for Grey’s photos), including some background to Grey’s reason for taking the assignment. He was South African and had taken up photojournalism to document the truth about Apartheid before moving to the US for the job with Life, where he often took assignments related to civil rights.

The Lovings finally won their Supreme Court case in 1967, a landmark case for civil rights in the US. They did not become major public figures for activism – partly because Richard died just a few years later – but this book does end with a postscript of Mildred Loving’s powerful public statement in support of gay marriage in 2007.

“Not a day goes by that I don’t think of Richard and our love, our right to marry, and how much it meant to me to have that freedom to marry the person precious to me, even if others thought he was the ‘wrong kind of person’ for me to marry. I believe all Americans, no matter their race, no matter their sex, no matter their sexual orientation, should have that same freedom to marry…I am proud that Richard’s and my name is on a court case that can help reinforce the love, the commitment, the fairness, and the family that so many people, black or white, gay or straight seek in life. I support the freedom to marry for all. That’s what Loving, and loving, are all about.”