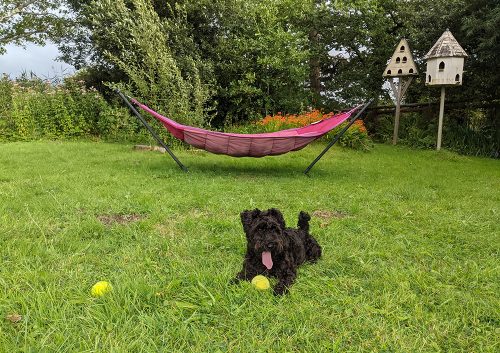 I read a lot this month! Holidays rock. We spent a week in Snowdonia with friends, chilling in the most awesome holiday house. There were two hammocks in the big garden, a balcony around the entire first floor and access to the roof. Plus it had a copy of Dreams From My Father by Barack Obama, so I read about a quarter of that. Maybe one day I’ll buy/borrow a copy to read the rest. He’s a good writer, unsurprisingly.

As August is Women in Translation Month, I read three and a half books by women in translation from my TBR (I’m halfway through an Isabel Allende right now). I’ll write another post about them soon.

As always, I also watched a lot of films. The top ones were Rocketman, Late Night and Tune in for Love.

The Power by Naomi Alderman
This sci-fi offers the premise that women suddenly develop the ability to shoot electricity from their fingertips. Around the world, this has huge effects on the social, political and criminal power balance. This is all explored through a handful of characters. I loved this.

Detransition, Baby by Torrey Peters
Reese has been self-destructive since she broke up with her ex-girlfriend Amy, who then detransitioned and is now called Ames. Now, Ames’ new girlfriend (and boss) Katrina is pregnant and Ames approaches Reese with the idea that they could co-parent – all three of them. As a trans woman, this might be Reese’s only opportunity to become the mother she has long longed to be, but it’s super complicated. She, Ames and Katrina all need to confront their feelings about parenting, gender and identity. I liked this. Reese is brittle, often on the attack, but it’s clear why and it didn’t stop me rooting for her.

Siracusa by Delia Ephron
A thriller about self-absorbed Americans on holiday in a beautiful location they don’t appreciate? Unsurprisingly I didn’t like this at first, but it grew on me. The four narrators often describe the same scenes from their different perspectives and that was a good way to introduce questions and doubts, to amp up the thriller aspect.

Notes From Childhood by Norah Lange
translated by Charlotte Whittle
In this Argentine classic, a 17-year-old girl becomes obsessed with watching the three women who live in the house opposite. The unnamed narrator doesn’t want her family to know that she spends every evening inventing lives for their neighbours. And it only becomes more complicated when she meets them, as they tell her so little about themselves that she continues to make it up. The real and imagined blur together. I felt a little lost all the way through this novel, which I guess is partly the point but it made it harder to enjoy.

Heaven by Mieko Kawakami
translated by Sam Bett and David Boyd
A 14-year-old boy is being bullied horrifically at school. One day he receives a note offering friendship. It turns out to be from Kojima, a girl in his class who is also bullied. Through letters hidden in each other’s desks they get to know one another and become each other’s respite from the daily beatings. This novella is dark but also hopeful.

I am the Brother of XX by Fleur Jaeggy
translated by Gini Alhadeff
This collection of short stories by a well-regarded Swiss author were variable for me. They’re very short and don’t tend to contain whole narratives, just snapshots. Some were fascinating, some were weird, but I found most of them so-so.

The Wide Circumference of Love by Marita Golden
Diane and Gregory Tate have a beautiful life together; then he’s diagnosed with early-onset Alzheimer’s. The story opens on the day when Diane places him in an assisted living facility and flashes back and forward from there. Gregory was a successful architect, one of the first Black architects to win a big contract bid in Washington DC. Diane is a family lawyer, used to making hard decisions about tough situations. But she never expected to face this – a husband who doesn’t know who she is, or who their children are. This novel is heartbreaking but also beautiful.

Emergency Contact by Mary H K Choi
Korean-American teen Penny Lee did not have a great time at high school so she’s pinned her hopes on university. But her roommate’s kinda racist best friend hates her, and the only guy she’s attracted to is strictly off limits. Then she helps him out one night and jokingly becomes his emergency contact. They strike up a friendship by text. This novel is so sweet and wholesome, I ate it up in a single day. Do I need to read more YA?