White
by Marie Darrieussecq
translated from French by Ian Monk

I added this to my wishlist when it was first published in English, on the back of a blog review (probably Savidge Reads, but I now forget). It was always going to appeal to me: scientists and engineers in Antarctica, international collaboration, humour and romance. But somehow it stayed sat on my wishlist for years.

Earlier this year Tim and I finally made it to Shakespeare & Co in Paris (we’d been to Paris before but hadn’t squeezed in the bookshop). I wanted to buy something translated from French and this title immediately came to mind. Amazingly, it was right there in their surprisingly small translated-from-French section. Of course, this means it has the awesome Shakespeare & Co stamp on the title page so I was never going to get rid of the book no matter how it turned out. But thankfully I do really like it.

The story (written in 2003) is set in a near future where people communicate via 3D holograms, the first manned mission is on its way to Mars, and the first permanent European base in Antarctica is under construction. (This last, arguably the entire basis for the story, does betray some lack of knowledge of Antarctic history – unless the translator has omitted the key modifier “pan-European”, which would be a first. Several European countries have their own permanent Antarctic bases.)

END_OF_DOCUMENT_TOKEN_TO_BE_REPLACED

As I’ve mentioned, on holiday last month I didn’t get much reading done, but being a booklover that in no way diminished my desire to buy more books. It’s not a problem, it’s just who I am. Anyway, my book acquisitiveness was largely kept in check by us staying in the middle of nowhere without any bookshops accessible. However, I did have two major temptations. 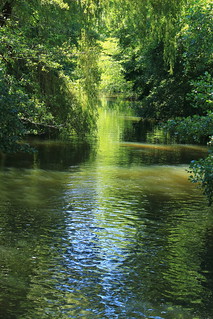 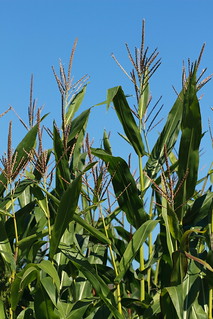 Like their British counterparts, most French supermarkets have a book section stuffed with bestsellers, both French and international. This is not the place to find English-language books so the temptation here came down to my confidence in my French reading ability. Once upon a time my French was pretty good. I worked for a summer in Burgundy as an au pair and then when I came home I got a couple of jobs in a row that needed a little French and German. However, that was 14 years ago and I really haven’t kept my hand in. Every time we went to a supermarket on holiday I had a quick browse of the books and tried to decide whether I wanted the new Amélie Nothomb book in French. But the one time I was seriously honestly tempted was when I found an older Amélie Nothomb book, Stupeurs et Tremblements, which I own and have read in English and I figured I could refer to the translation whenever I struggled with it in French. After a lot of dithering, though, I decided that sounded more like work than fun.

The second temptation was harder to resist. Tim’s parents took us to an English tea room and bookshop. We enjoyed tea and scones and browsed the books. It was an interesting selection, clearly influenced by the reading tastes of the local English-speaking ex-pats. I skipped right past the large military history section but there was plenty to excite my bibliophilia in the fiction section. What prevented me from leaving with an armful of books, or even just one, is that I didn’t have any steer as to what to buy. I didn’t see any authors I already love or books already on my wishlist; there were no staff recommendations; I didn’t even see books I have heard praised in the numerous blogs I follow, podcasts I listen to or newspapers and magazines I read. Is this what it’s like for less bookish people every time they walk into a bookshop? A feeling of vague directionless desire? Weird.

At this point I should come clean. What made it easier to resist both of these temptations was that when we arrived at Tim’s parents’ house, his mum told me that she is thinning out her vast book collection and that I should help myself to as many as I liked of the ones she was discarding. In fact, she was even going to make it easier for me by picking out books she thought I would like. And that is the best kind of recommendation: from someone who has not only read and enjoyed a book, but also overlaps your reading taste and knows where that overlap is. Really, it’s amazing I only picked out six books! Maybe one day I’ll get that TBR down to a small bookcase, rather than overflowing a large one, but I can’t imagine ever not going out and looking for new books!

This was another book club pick, in fact this one was my choice, so I was pretty nervous before the meeting. I’d chosen it based on Némirovsky’s brilliant final work Suite Française but this was a much earlier novel of her’s, with no guarantee of the same brilliance. What if everyone hated it? Or was bored by it? What if it failed to generate any discussion?

I needn’t have worried. While this is a slim volume and not as good as Suite Française, in my opinion, it did have plenty for us to talk about.

David Golder is a Russian Jew who works endlessly on obscure international financial deals to maintain the fabulously wealthy lifestyle to which his wife and daughter are accustomed. However, while he lives in a Paris apartment, they live in a multimillion franc estate in Biarritz, accompanied by an endless stream of hangers-on.

Golder isn’t the most likeable character, but we meet him near the end of his life and the impression is given that it was a difficult life and that he worked incredibly hard for himself and his family. His wife and daughter seem to only care about money, only showing Golder affection immediately before asking for a handout and getting very aggressive when he honestly tells them that business is rough and he can’t afford it right now. Add to that his failing health and you have a very sad, lonely picture of a man.

Némirovsky toys with the reader a little regarding characters’ true selves. At first Golder’s daughter seems much nicer than her mother because that’s what Golder sees. Only later is her selfishness fully exposed. And with Golder it’s the reverse – at first all you see is obsessiveness about money and his scheming seems horrible but it becomes clear, as we discover more about him and especially when we learn about his past, that he has his reasons, that his family and business associates encourage him, maybe even force him, to be this person.

I was glad to discover I wasn’t the only one at book club weirded out by the way the narrative labels everyone as a Jew, in an insulting sounding way, even though the author herself was Jewish and indeed died because of it. It could be part of the characterisation of Golder, that he has an odd skewed view of Jewishness. Or it could just be the vernacular of the time.

There was a general feeling that the book is very bleak, there is no ray of hope, no good person to contrast everything else against. But despite that Némirovsky has an easy, fluid writing style that keeps you reading even though there’s no-one to like and a fairly uneventful story.

I can’t recommend this as highly as I had hoped but I will still be interested to read Némirovsky’s other novels if they continue to be translated into English.