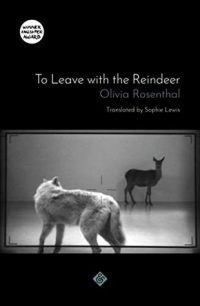 END_OF_DOCUMENT_TOKEN_TO_BE_REPLACED

The Thirty-Nine Steps
by John Buchan

Reading this book appealed because I love the Hitchcock film and I was looking for a couple of short books to read before embarking on 1Q84.

Richard Hannay is an intriguing lead character. He has made himself a small pile of money mining in Zimbabwe (or Rhodesia, as it was then) and come to London to enjoy his earnings, but quickly finds himself bored and lonely. So it’s almost a stroke of luck when he discovers a Mr Scudder has been murdered in his flat, just days after the victim confided in him that he has uncovered an assassination plot that could lead to war.

As prime suspect in the murder, Hannay flees London for remote Scotland with both the British police and a German spy ring close at his heels. His resourcefulness and acting skills ensure there is never a dull moment. And he has Scudder’s coded notebook, with a mysterious message about 39 steps.

I really liked this. It’s an enjoyable romp and yet any reader knows that the war Hannay is working so hard to avoid is inevitable (the dates are clearly given as May and June 1914), which gives it a sad air. The descriptions of Scotland are beautiful but brief because there is no space here for asides. It’s 107 pages of action and, as such, was perfect for translation to film, but there was still, as always, something lost in transition. The book explains why Hannay is how he is and briefly summarises the political state of Europe, neither of which is in the film, as I recall.